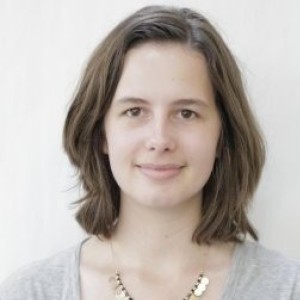 The minute reputation falters, a window of opportunity opens for competing brands to make moves and claim market share. Whilst Uber suffered from scandals, Lyft has kept its core values at the heart of its proposition. EasyJet has expanded whilst rival Ryanair faced extreme reactions to a slew of cancelled flights and Just Eat are diversifying to compete on the same level as Deliveroo.

External data offers a treasure trove of valuable insights for companies,  often barely tapped into. The reputation of your competitors can be an indicator of their future performance in the market and offer insights into potential gaps that can be filled. Here are 3 examples of companies learning from their competitors’ struggles and using that knowledge to inform new decisions.

Uber is facing issues around its operating license in London, the latest in a long list of cities around the world who are fighting the private hire company. Whilst customer anger has been directed at the various city authorities, it has also caused a lot of frustration towards Uber for being unable to resolve these issues.

This happened alongside the brand’s high turnover in senior management and very poor employer reputation, both from drivers and head office staff. There was a recent mass firing after allegations of sexual harassment, with over 20 members of staff from across the company at a number of different levels being asked to leave, not to mention the ousting of Founder & former CEO Travis Kalanick. The Atlantic recently listed Uber’s scandals and concluded: “Even for a company that’s infamously scandalous, 2017 has been a banner year.”

While Uber continues to face uncertainty, Lyft has been quietly positioning itself as the #1 alternative. Part of this has focused on bringing their values to the forefront, including an effort to keep drivers happy. In a competitive 2-sided market, this may be the key to their success.

Unlike Uber, Lyft isn’t facing class action suits and strikes brought on by their 700,000 drivers. Drivers are paid more per hour and have access to in-app tipping. Continuing that focus keeps Lyft out of the reputational myre that Uber has found itself in.

From a consumer side, social media turned on the ride-sharing giant during the 2016 election, when the #deleteUber campaign resulted in 500,000 users threatening to delete their Uber accounts after an anti-Trump drivers strike was being seen as ‘undermined’ by Uber continuing to take fares. It didn’t help that Uber’s chief executive was on President Trump’s economic advisory group. In response, Lyft pledged to donate $1 million to the American Civil Liberties Union over the next four years, demonstrating a very clear position at the opposite end of the political spectrum.

It’s been reported that Lyft received a 3% bump in users in the wake of these scandals, reinforcing what current and potential customers want – a company that is politically aware and socially responsible.

UK food delivery company Deliveroo, whilst operationally strong, has a poor reputation when it comes to working practices. It found itself at the centre of the ‘gig economy’ debate – and not in a good way – when workers began publicly demanding sick pay and other benefits associated with ‘traditional’ work, which they weren’t previously receiving.

Amid this media flurry, it was revealed that, CEO William Shu had given himself a 22.5% pay raise. Just like Uber,  issues with Deliveroo’s reputation have become a perfect storm, allowing rival Just Eat to find a competitive advantage.

Just Eat’s tactics were not quite as focused on the charm offensive as those of Lyft. They are taking a much more strategic approach by purchasing another name in the food delivery space: Hungryhouse.

Whilst Just Eat doesn’t employ its own drivers like Deliveroo, it is now infringing on Deliveroo’s market. With the acquisition of Hungryhouse, the company incorporated branded restaurant chains, instead of just independent local restaurants. Interim Chief Executive Paul Harrison said it came about ‘to ensure our customers have no reason to go anywhere other than Just Eat.’ Their presence is increasing in North America with a second acquisition – Canada’s SkipTheDishes.

By strengthening their core offering on the one hand and diversifying on the other, Just Eat are making smart moves whilst its competitor struggles on the reputation front. Whilst these moves will also bolster their reputation, they prove that it’s possible to make significant business decisions to capitalise on a competitor’s reputational woes.

Ryanair recently cancelled over 700,000 bookings due to poor handling of pilots’ holiday leave, putting the travel plans of thousands in jeopardy. The CAA (Civil Aviation Authority) then claimed that Ryanair was not informing passengers of their rights under EU law to be rerouted via other airlines. Angry stories hit the headlines of families stranded abroad on their holidays with dwindling funds, businessmen not able to get to meetings and brides unable to get to their destination weddings.

This isn’t the first time Ryanair has been in the news for negative press. The brand has a long history with reputational issues – maintaining a no frills service with low operational costs has made it hard to gain a glowing reputation.

Monitoring the public pitfalls of their competitors has undoubtedly helped fellow low cost airline easyJet capitalize on the opportunity. Shares in easyJet rose 5% after the British-based carrier Monarch collapsed. Credit Suisse noted that easyJet ‘should benefit this winter from the struggles of four key competitors’. It lists the woes of other airlines such as Air Berlin and Alitalia, but specifically references challenges faced by Ryanair including ‘pilot issues [which] have prompted flight cancellations and a large media focus’.

EasyJet have now partnered with Norwegian AirShuttle ASA and WestJet to provide connecting flights through Gatwick to North/South America. Ryanair also had plans to start their own long-haul partnership offering in summer 2017, but have yet to make a move due to ‘technical issues’.

By closely monitoring challenges and issues faced by competitor Ryanair, easyJet have been able to prepare a reaction and beaten them to a new offering first. This will help bolster the company as the European flight market narrows and becomes a murkier picture in the wake of Brexit.