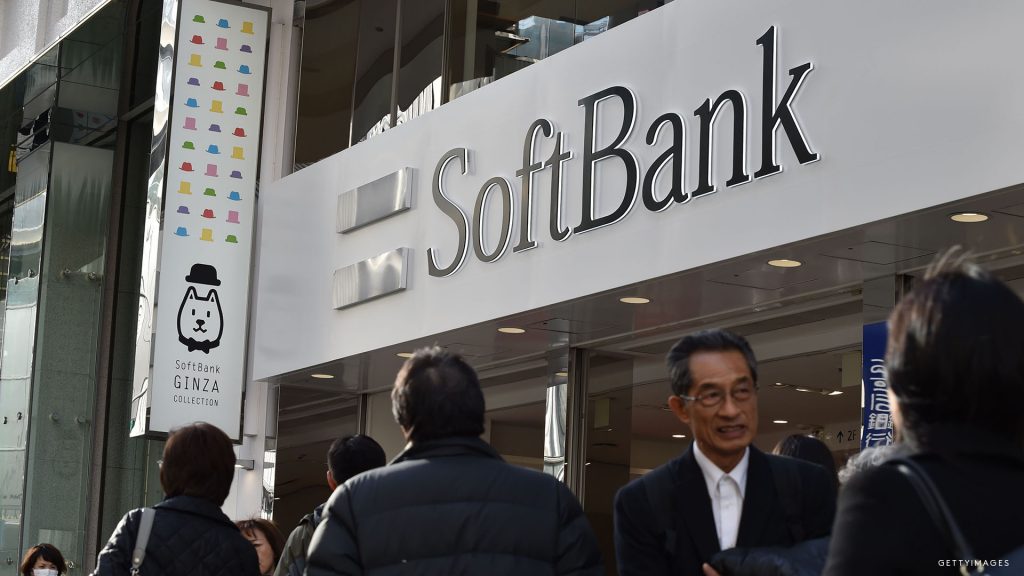 “AI is the biggest revolution in human history. I believe human revolution equals to AI, and we are now facing such a big revolution. I believe AI will change or will redefine all these industries; that’s how I interpret this era. So, I say the winners in AI will be winners in the future.” – Masayoshi Son, founder, chairman and CEO, SoftBank

Son, who is currently the richest man in Japan, says today he is “devoting 97% of his ‘time and brain’ to the scientific field of artificial intelligence.”

Softbank’s now $145B-strong Vision Fund is the largest tech fund in the world, and the largest private equity fund ever created. Backed in large part by Saudi Arabia’s Sovereign Wealth Fund, the team has a strong interest in innovation in the middle east, and is creating fierce competition among other Silicon Valley investors, as it looks for ways to spend its massive amount of capital. According to Recode, last year, SoftBank was involved in more than half of the top 10 biggest investments in VC-backed startups.

It won’t stop there. According to Bloomberg, Son intends to raise a new $100B fund every 2-3 years. “For perspective, in 2016, the entire U.S. venture capital industry invested $75.3 billion, according to the National Venture Capital Association.”

Many watching this incredible story unfold fear that its impact extends far beyond increasing competition among investors. For many companies in the Softbank portfolio, the fund is acting in lieu of an IPO to give firms much longer runway, underpinning the rising trend among tech companies to stay private, longer. This impact will extend into capital markets and their relationship with the tech sector moving forward.

“SoftBank allows its portfolio companies to pursue growth without worrying about burning cash. Some venture capitalists even quip that ‘SoftBank has replaced the IPO,’” the FT said. According to Blackstone Co-Founder Stephen Schwarzman, “No one has ever done that before at this kind of scale. It’s unprecedented, but it’s meeting a market demand.”

This has impacted the game in Silicon Valley, as valuations continue to be driven up, “making it difficult for traditional firms to put together enough capital to get into the hottest deals. SoftBank, according to a partner at a major Silicon Valley firm, is ‘a big stack bully,’ a poker term referring to a player with a pile of chips so huge that competitors are afraid to get in the game.”

A method to the madness

While many criticize the tech giant for what might seem like fast, careless or even naive, lossmaking investments, Son assures there is a reason behind the spending spree and the firm’s copious amounts of debt and leverage. That reason, of course, is data.

According to the Financial Times, the “web of at least 31 minority stakes feeds into what Mr. Son calls a ‘synergy group strategy’, where the copious amount of data that can be gathered will allow him to influence multiple industries without SoftBank itself having to manage the individual companies. ‘The strategy is to create a consortium of companies that can sustain SoftBank’s growth over 300 years,’” Mr Son says.

Rather than the traditional VC method of investing smaller sums into early stage ventures which increase as the company grows, Son and his team are looking to put forward enormous sums—ranging from $100 million to billions—into the most successful tech startups in a given category.

Those involved appear to be happy with the results, however. Saudi Arabia’s Crown Prince Mohammed bin Salman, who invested $45B into the fund the first time around, will be investing another $45B, bringing the total to $145B. “We would not put, as PIF, another $45 billion if we didn’t see huge income in the first year with the first $45 billion,” Bin Salman said.

The rise of the mega-fund

While SoftBank looms, other VCs are reportedly focused on building sizeable ‘war chests’ to remain competitive, watching the Vision Fund’s moves closely. Notably, The China New Era Technology Fund, launched by the capital arm of the now state-owned China Merchants Group, raised $15B earlier this year, looking to invest mainly in Chinese tech startups. Already one of the world’s largest investors, since 2015 the firm has launched 31 funds aiming to raise a combined total of at least $52B.

The investment landscape for tech in China is growing increasingly competitive as even more capital is poured into the region. CMG is joined in the mega-fund space by Hillhouse Capital, who’s latest PE fund raised $10.6B to invest in Asian tech, healthcare and consumer sectors, and KKR’s previous $9.3B pool.

In the US, Sequoia Capital is raising as much as $12B for a new fund, even going so far as to institute a minimum check size of $250M to increase its competitive advantage. Battery Ventures, General Catalyst and Khosla are also getting in the game, targeting funds above the $1B mark. The competition has even sparked destruction – indirectly attributed to the announcement that partners at major firm Kleiner Perkins Caufield & Byers will be going separate ways.

Just as disruptive innovators in the tech space are changing the landscape across major industries like banking, disruptors in the investment world are setting new standards and raising the bar, forcing the competition to adapt or risk losing out.

Those looking to remain ahead of the competition will need to be able to predict the next high-potential investments. Outside Insight’s AI technology is working to help investors surface signals that can identify companies on a high growth trajectory.

Want to see Outside Insight in practice? Get in touch