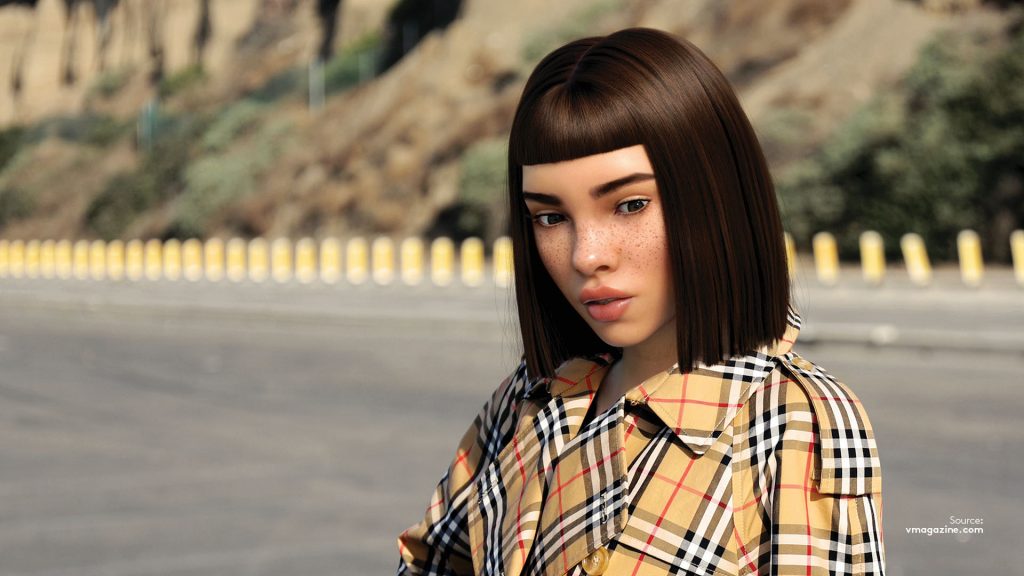 Not just a pretty face

Just when we thought it was as 2018 as it gets. On this year’s list of the 25 most influential people on the internet from Time Magazine, alongside Korean pop act BTS, a couple who raised over $20M via Facebook for immigrant children separated from their families in the US and Donald Trump himself, sits an influencer who has never in fact lived outside the Internet.

Lil Miquela is a virtual avatar and fashion icon with 1.3M Instagram followers, a laundry list of luxury fashion collaborations and an affinity for human rights and social causes.

In a PR stunt earlier this year, Brud, the LA-based AI firm behind the creation, staged a hack of Lil Miquela’s account by a right-wing fellow CGI creation named Bermuda. In this digital melodrama, Bermuda ‘forced’ Lil Miquela to admit she is an avatar and went so far as to invent a fake mastermind behind them both. The result was a wild PR storm, which caught coverage from nearly every major publication.

The team at Brud is in fact making significant income from the avatar, who has represented some of the most well-known global fashion brands and been featured online and in print. What’s more – the team has raised around $6M in VC funding, backed by firms like Sequoia Capital.

Alternatively, an avatar by the name of Shudu has recently gained more organic momentum in the fashion world. The brainchild of fashion photographer Cameron-James Wilson, this CGI creation inspired by African models has amassed 137k followers and is considered “the world’s first digital supermodel.” The instant virality Shudu has seen indicates the strong interest fashion brands have in finding increasingly unique models to represent their products.

Are we witnessing a new industry in the making? Much like those looking at AI and its impact on the future of work, some in the modeling industry are beginning to fear the worst.

A recently coined term, this new class of virtual models and influencers, or “Brandfluencatars,” are already representing some of the world’s biggest brands. While the use of digital models raises some ethical questions, noting the influence fashion icons have on young women’s self perception and the unrealistic standards these avatars are setting, their popularity and levels of engagement cannot be denied.

Kelvin Boon, owner of NYC-based Boon Models, is concerned about the impact such an industry might have on the modeling space. Boon feels that if credible-looking digital models emerge, “it’s going to affect the industry a lot.” Why, he asked the Washington Post, would a brand spend thousand of dollars to hire models and photographers for a single photo shoot when you can hire an artist to create images for far less?

“People don’t connect with images that resemble cartoons,” he said. “But if avatars begin to look like real people, it’s going to take a lot of power away from modeling agencies. Brands will only need human models for promotional events and walking the runways, and that’s pretty much it.”

What Outside Insight can we glean?

Avatars like Shudu and Lil Miquela aren’t built based on assumptions or personal preferences. Their creators understand deeply what’s trending right now on a global scale, what millennials are responding to and how to merge these together. They carefully crafted these influencers to resemble a version of the global ideal. From arming comments with hashtags like #BlackLivesMatter to connecting Lil Miquela with popular social causes, like donations to Black Girls Code, these brandfluencatars are solidly stamping themselves as beacons of the liberal millennial generation.

Who should be looking out? Models, influencers, fashion brands and agencies alike – as well as visual artists, AI engineers, CGI experts and more. As brands continue to seek out more ‘unique’ and international models to make their products stand out, the creators of Shudu and Lil Miquela are offering an answer in the form of a brand new offering. Could this mean a rise in the need for visual engineers and a decline in the market for human models?

To put it into perspective, Lil Miquela was created by a startup that specializes in“robotics, artificial intelligence and their applications to media businesses” – definitively not a fashion company.

Shudu, on the other hand, was created by a fashion photographer. Getting warmer. Wilson, however, built her using a computer program called Daz-3D. “It’s not taken very seriously in the digital industry, because it’s seen as much more of a hobbyist program,” Wilson told Cosmopolitan. “But I think it’s a very, very powerful tool.”

Viewing Shudu’s popularity as a proof point, Wilson has gone a step further in launching an agency called The Diigitals that looks to custom-build avatars like Shudu for luxury fashion brands.

More agencies, like UK-based Irmaz Models, are following suit. Irmaz calls itself an Imagined Reality Modeling Agency. “Brands can specify the look they’re exactly after, down to the race, gender and hairstyle,” Philip Jay, a former Playboy photographer and founder of Irmaz Models, told CNN. Greater personalization and customization is exactly what brands and consumers alike have been craving.

Adam Rivietz, cofounder and CSO of the influencer marketing company #paid, believes Shudu is just the beginning. He feels that eventually most real influencers will have CGI alter egos which can perhaps do more risque things that might hurt the reputation of their human counterparts.

“I think it’s only natural that we will have avatars of ourselves eventually, or characters,” he told WIRED.

The reason I want to get people into it now is because that is going to explode.