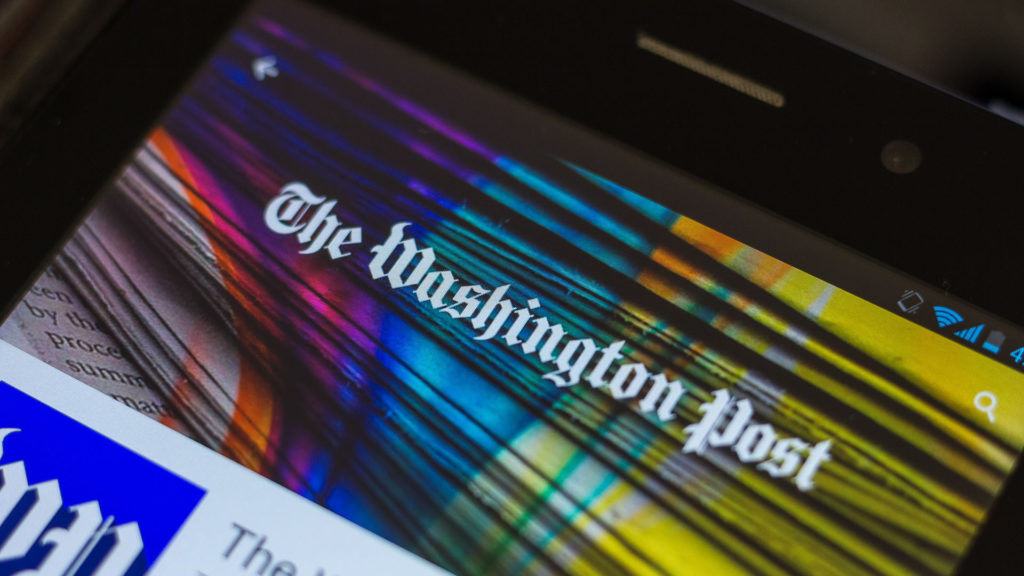 Despite significant layoffs announced at some of America’s leading digital outlets, organizations like The New York Times reported record high digital revenue in 2018. U.S. digital advertising revenues in total hit their highest ever in the first half of 2018. What this might indicate is not the end of the media industry, but rather a polarizing shift. Those that are doing well are doing better than ever, while those struggling are running out of money, fast.

There's never been greater demand for content. People are looking for trusted sources of information, and the ones who will survive will be the premium, trusted brands

Is it true that American journalism as we know it is dying?

According to an opinion piece in WIRED by Antonio Garcia Martinez, it’s not even close. However, the objective, take-no-sides approach to journalism in America, popularized throughout much of the 20th century as close to law, may soon be flipped on its head. According to Martinez, “The architects of our democracy —men like Ben Franklin or Samuel Adams (newspapermen, both of them)—…[would] find our journalistic ecosystem, with its fact-checked both-sides-ism and claims to “objectivity,” completely unrecognizable.

Rather than holding desk jobs at The Washington Post, he argues, Franklin and his colleagues would be influencers in the Twittersphere, columnists in Politico and leaders of their own political podcasts, finding the notion of journalistic objectivity utterly “futile.”

Despite what appears to be record-breaking growth across the industry, however, many of the nation’s leading digital firms recently faced significant layoffs, putting a number of journalists out of work. Buzzfeed, The Huffington Post, Vice Media, Yahoo, Gannett and more laid off over a thousand journalists with the majority taking place in January, leading many to believe the ‘fake news media’ was finally at a tipping point.

It appears it may not be over. Joel Kaplan, associate dean for professional graduate studies at the Newhouse School, told AdWeek, “I think we’re in a scary time. We’ll see consolidation and cuts, cuts, cuts, and the next phase will be closures. Disaster is looming; that’s when disaster will hit.” Digital publications like Refinery29 and Mic have also been hit.

As famously millennial-targeted Buzzfeed, who laid off 15% of its workers last month, continues to move away from quizzes and listicles to more hard-hitting journalistic reporting in the face of the new media environment, many are questioning whether previous “millennial journalism” strategies many digital publications had relied on ever held clout. Experts instead are predicting that the age of the ‘clickbait’ (also known as revenue-per-click) model is finally being ousted across the board in favor of efforts around high quality content.

“People are starting to realize this nursing of millennial journalism is sort of silly,” Barry Lowenthal, CEO of The Media Kitchen, said. “A lot of media companies came out and said, ‘we have a better way to connect and run with us because we know millennials.’ I wonder if the marketplace is calling bullshit on that one.” Today, these business models will need to be reinvented, as paid subscriptions continue to pick up.

While layoffs take place across the board, some publications are looking to raise funds to help them keep the lights on as competition grows increasingly fierce. Last month, business publication Fortune was sold by CEO Allan Murray to Thai billionaire Chatchaval Jiaravanon for $150M.

There had previously been discussion of Salesforce CEO Marc Benioff purchasing Fortune before he purchased Time, following suit with the South China Morning Post (Jack Ma) and the Washington Post (Jeff Bezos). According to Recode, Murray feels there has been a resurgence of interest in wealthy individuals purchasing failing publications due to the story around Bezoes and The Washington Post, despite the perception that it may not be a sound investment.

According to Murray, the majority of Fortune revenue in fact comes from digital and conferences, with the magazine as a minority. He believes that across the board print is declining as a revenue source in favor of new streams: “the print line has been pretty steadily going down for the last decade, and the hope has been that digital would grow to the point where it made up for that and the business would start growing again, but it hasn’t happened in most publications, and it’s only happened at Fortune because we have a very large and successful live events business.”

Despite layoffs and struggles in the print business, The New York Times saw its biggest year yet in digital revenue in 2018, at $708M, with subscriptions jumping 27%, blaming the so-called “Trump bump”. As well, digital advertising surpassed print for the first time ever in Q4, jumping 23 percent to $103M.

However, many feel that in the age of the Facebook-Google ‘duopoly’, as it continues to tighten its grip, it’s only the top publications that will be able to compete for this revenue. According to Analyst EMarketer, the two giants are expected to take more than half of global ad spending by 2020 and their market share is anticipated to grow by 75% between 2017 and 2020, compared with 15% growth for other digital media companies.

In the face of the sector’s consolidation, publishers are beginning to look out instead at partnerships and alternative forms of revenue generation – from Vice Media teaming up with HBO to Buzzfeed’s line of kitchen tools being sold at Wal Mart – as mainstream media continues to recede behind the growing business model of subscription-based paywall.

From the decline of unbiased reporting, while still moving away from millennial-targeted clickbait, to new partnerships and revenue extensions in publishing, will we soon be looking at a very different media industry?