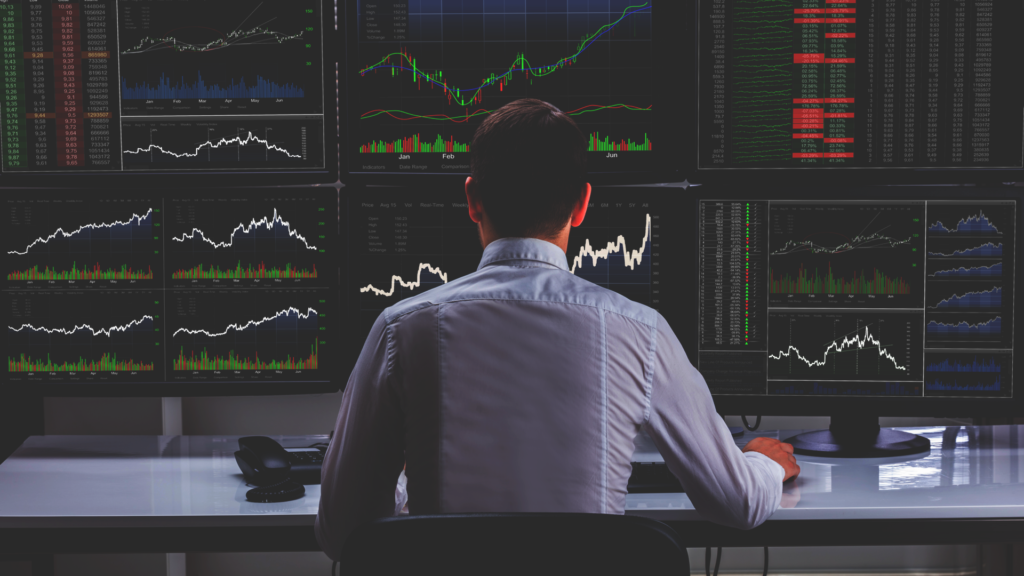 Quants, or firms who make trading decisions based on the output of complex algorithmic models, are continuing to turn to alternative data to give them an edge when making trading decisions. Experts from Bloomberg have demonstrated how news and social media data – in particular sentiment analysis – can be used by hedge funds as a signal to indicate whether they should be long or short particular stocks.

What’s the difference between a quant and fundamental firm? According to Institutional Investor,

“Portfolio managers that use fundamental research to identify investments might target companies that they feel are undervalued after poring through financial information. Quants instead program algorithms to sweep the markets for cheap companies based on specific measures. But both strategies are essentially looking for the value factor, or undervalued stocks. Quant managers that rely on computer models can cover more territory and construct more diversified portfolios, according to AQR.”

Quants use machine learning models to evaluate a wide range of diverse companies and discover indicators which predict their potential. The data that feeds the algorithms employed by quants, however, needs to come from somewhere. In the never-ending search for unique insights, many investors are turning to alternative data sets to give them an information edge – starting with news and social data.

This information can help them predict virtually anything. News data is filled with what the financial industry calls signals – or events which can indicate the growth trajectory (or lack of growth) for a particular company. Things like senior level turnover or new strategic hires, new partnerships and sales, mergers + acquisitions, product launches, patent filings, product recalls, customer feedback and more are all collective clues which, when analyzed over time, can give potential investors an idea of where that company might be heading.

What makes it even more interesting is when sentiment around this data is analyzed to determine how each event was perceived in the market.

“Since the beginning of time, short-term traders can only rely on just 2 factors to predict returns: price and volume,” Ernest Chan, Managing Director of QTS Capital said in Forbes.  “Therefore the addition of sentiment as another short-term factor is like adding the airplane to cars and boats.”

The team at Bloomberg took a deep dive into sentiment analysis from news, social or a combination of the two, by conducting a test based on historical datasets to understand how well signals from this data could enable hedge fund managers to predict outcomes.

The Quantitative Research team at Bloomberg conducted experiments to devise sentiment-driven strategies using news + social data to determine whether it could beat the market. “We wanted to show some ideas for how sentiment can be used to make money,” said Xin Cui, a quantitative researcher on the team. “What we have shown is that the data has value on its own. It’s up to the portfolio managers to integrate the sentiment signal with their existing proprietary strategies.”

According to the Bloomberg blog, looking at historical data from the period of January 2, 2015 to March 31, 2016, the team used machine learning to assign a rating to every news story about a stock: positive (+1), negative (-1), or neutral (0). Scores were averaged over 24 hours, producing in a single daily sentiment score that is available before the market opens.

They then developed long/short trading strategies based on the sentiment scores using Russell 2000 stocks, by which they would buy stocks in the top end of their sentiment rankings and short those in the bottom.

Attempting a variety of strategies and variations, “all the sentiment strategies outperform[ed] the market.” They found that better results were achieved with a combination of News and Twitter signals.

The Bloomberg team is not the first to discover the value of this data for investment purposes. In 2015, NYU Stern Accounting Professor Eli Bartov showed that investors should evaluate Twitter data to gain early insights into a company’s prospects.

In his report, “Can Twitter Help Predict Firm-Level Earnings and Stock Returns?,” Professor Bartov and his team “analyzed almost a million tweets over four years by individuals in the several days just prior to firms’ quarterly earnings reports.” They found that “the aggregate opinion contained in individuals’ tweets about a company’s prospects can predict its earnings and the stock price’s reaction to them.”

Want to learn more about how alternative data signals from Outside Insight can be used to give investors an information advantage? Get in touch.