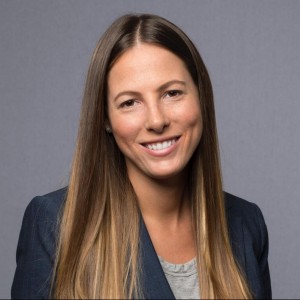 Executive Director Outside Insight at Meltwater

For over 10 years, Leor has helped business leaders bring AI-driven competitive insights into their decision-making processes. She has a proven track record working with a diverse client base from Fortune 100’s to SMEs.

While the AI revolution continues to take hold of organizations around the world, companies are struggling to fill open roles due to the increasing demand for skilled, educated workers who can both develop and leverage new technologies, and the scarcity of these individuals. Those competing for talent in this space should keep a close eye on who’s hiring – and who’s making moves – and why.

Generally when we look at a country’s economic health, a common metric to evaluate is the unemployment rate. Are jobs being created, and how wide is the gap between the number of workers and the number of positions to be filled?

When it comes to skilled workers, particularly in the AI space, however, the world appears to be facing a significant shortage on the supply side due to skyrocketing demand for educated engineers. As a result, wages are increasing, creating an imbalanced playing field between those that can afford their sky-high salaries and entice them with the promise of groundbreaking projects, and those that can’t.

According to the New York Times, as of late last year, AI specialists with just a few years of experience “can be paid from $300,000 to $500,000 a year or more in salary and company stock….Well-known names in the A.I. field have received compensation in salary and shares in a company’s stock that total single- or double-digit millions over a four- or five-year period.” Leaders in the space from the likes of Google’s self-driving car division were reportedly taking home upwards of $120M annually.

Leading culprits gobbling up the world’s top talent predictably include tech giants like Google, Apple, Amazon, Uber and Facebook. Recent events indicate the battle among these companies themselves is about to reach record heights, as Google announced intention to double its workforce in New York City at the same time Amazon chose the east coast hub as part of its second headquarters. This decision was said to be driven in large part by the demand for tech talent.

From banks, to automobile manufacturers, more and more of the world’s leading firms are billing themselves as tech companies, and that means they need tech talent to fill new roles.

How scarce a talent pool are we talking?

According to Bloomberg, Montreal-based Element AI reports that as of February 2018 there were around 90,000 PhD-educated researchers globally with the expertise needed to create advanced machine learning systems. “There’s another subset of about 5,000 people at the cutting edge of AI research who are publishing papers and presenting at academic conferences,” Element AI’s report said.

In December 2017, Tencent Holdings in China published a similar report estimating there were about 300,000 AI engineers worldwide. Despite the discrepancy in these reports, both indicate just how scarce this talent pool is.

The low supply has created significant competition among organizations worldwide who are competing to create their own AI innovations. As well, it’s driving up the price of such a rare resource, creating an even wider gap between companies that can afford to bring this talent in-house and those that cannot.

It doesn’t help that the US is currently facing the tightest job market in five decades. According to the Bureau of Labor Statistics, there are already more than 1 million unfilled jobs in the U.S. About 34,000 are in the information industry, which includes tech jobs.

We are, however, beginning to see an attempt at some solutions. Google and Facebook, as well as big banks like JP Morgan, are offering courses to train existing employees in AI, with Google expanding its courses with a version available to the public. Online courses are popping up, offered by leading universities from Stanford to MIT and Helsinki University, and even sector pros like Nvidia.

As well, the open source community, from IBM and Microsoft to Google’s TensorFlow, is making new technology available to developers globally as a way of supporting other rising companies.

For those looking to build proprietary innovations, however, it requires having the best and brightest on hand.

Academia and tech battle it out for trained AI analysts

While big tech continues to compete with one another for talent, they are also competing with academia for those same resources. At a time when these individuals are so much in demand, often, money talks. In which case, academia can lose out.

The danger here is that this begins to create a bit of a chicken and egg situation. If we can’t convince enough thought leaders in the space to remain in academia, there won’t be enough to train a future workforce. As well, lack of advanced research in an unbiased academic space may prevent new advancements from being uncovered that can benefit organizations across the board.

Instead, major advancements are coming from the talent that sits within tech giants and startups. But these developments are funded by and beholden to the company that developed them, creating unbalanced technological advantages and causing all companies to work toward advancements that serve their own bottom line, rather than the field as a whole.

A compromise we’re starting to see is professors who are splitting their time between academia and industry – as they are enticed by the salaries but care deeply about progressing the field, though some argue that this isn’t healthy for either side. Some – as in the case of Meltwater’s Fairhair.ai – take on a lighter role to serve on boards as advisors for private companies while continuing to pursue research in the academic space.

When competition leads to consolidation

It’s not just academia that’s competing with Silicon Valley. These engineers are building chips, enhancing voice recognition technology, translating languages, creating self-driving cars and more – all in-house at tech companies. This means there are less resources available for traditional auto manufacturers, hardware companies and microchip producers trying to fight for relevance in the face of tech disruptors who continue to post real threats to their industry.

A close look at new job listings, or movement of top AI talent is essential for companies looking to remain ahead of competitors. Learn more about how Outside Insight can help business leaders monitor competitive hiring and firing patterns, and keep track of changing industry trends.