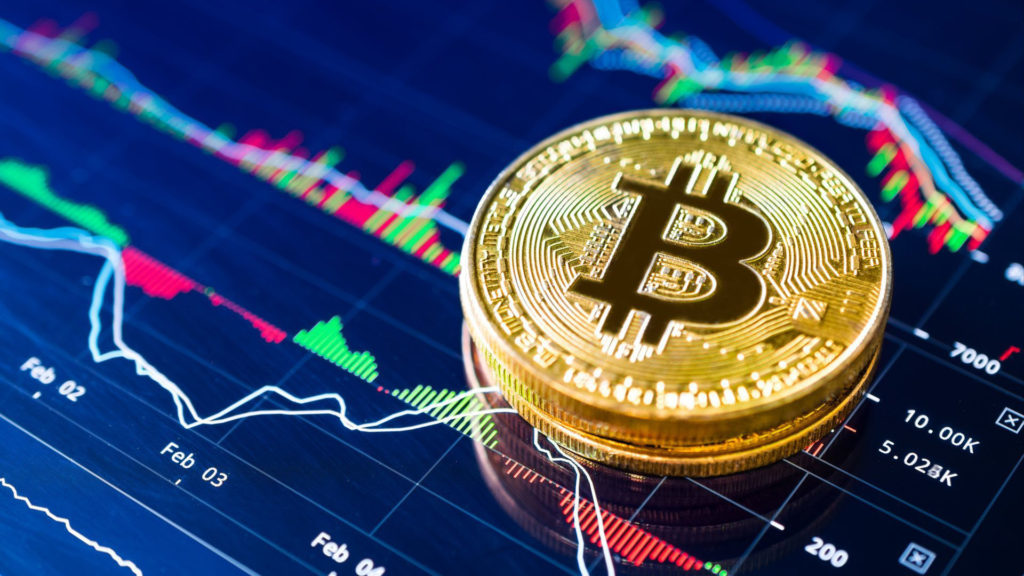 In a year that was marred by headlines around data breaches and privacy issues, trade wars and political unrest, a fluctuating stock market and hopes and fears for AI in a world facing increased automation, it’s easy to lose the forest for the trees. We took a look back at some of the most impactful headlines that shaped the year in tech, and what they might indicate as we enter 2019.

The rise and fall of blockchain hype

Bitcoin aside, the hype that we saw around blockchain earlier in the year, the influx of ICOs and the introduction of new coins on the market saw a slowdown among the wider population as the year drew to a close.

However many in the field remain hopeful about applications for blockchain as a technology moving forward – particularly when it comes to democratization of AI. From cross-border payment systems to decentralized access to data marketplaces, blockchain remains a promising solution to some of the issues that continue to plague the world of data and security.

2019 is looking like the year many have been waiting for when it comes to IPOs. Long-anticipated companies, including Lyft, Uber, Slack, Palantir, Pinterest and AirBnB have all already announced listing intentions. Peter Thiel’s Palantir is one of the most highly-valued unicorns in US tech, currently sitting at $20 billion, and the rest aren’t far behind. These high profile IPOs are expected to command valuations as high as $100 billion or more.

Although evidence suggests IPOs will continue to carry less weight as more mega-rounds of private capital infused into growing businesses, led by funds like Softbank, enables them to stay private, longer. According to CB Insights, “companies hitting the $1B mark (aka unicorns) also far outpaced tech IPOs in 2018.”

It’s safe to say 2018 was a bumpy year for politics among some of the world’s leading powers. Tariff battles between China and the US have already begun to take a toll on big businesses globally. Tariffs aside, the slowdown in the Chinese market will also have an impact in 2019.

In China, global and household debt is still rising as a percentage of GDP, and many fear a coming recession. According to a study by the IMF and Kenneth Rogoff for the WE Forum, an economic slowdown in China will hurt everyone. “Instead of leading to lower global real interest rates, a Chinese slowdown that spreads across Asia could paradoxically lead to higher interest rates elsewhere – especially if a second Asian financial crisis leads to a sharp draw-down of central bank reserves. Thus, for global capital markets, a Chinese recession could easily prove to be a double whammy.”

Apple is already suffering from China’s decline after lowering revenue projections for the first time in 20 years, causing a shake-up in the US stock market to ring in 2019. The White House warns they won’t be alone.

From MyFitnessPal, to British Airways and Cathay Pacific, to Orbitz, MyHeritage, T-mobile, Careem, Exactis, Marriott and more, as well as the infamous Facebook and Google+ data breaches, 2018 was a difficult year for cybersecurity. In Europe, the spotlight was shone on personal data as GDPR came into effect in May, perhaps with less fanfare than expected amid Facebook’s trials.

Despite the recent spotlight, globally there remains a significant talent gap in the cybersecurity space. The Digital Guardian estimates that 30% of all cybersecurity jobs remain unfilled. This number is expected to reach 3.5 million globally by 2021. One of the leading causes is that millennials fail to find the career path attractive, with insufficient numbers enrolled in relevant education programs around the world.

The shakeup of Silicon Valley

In more ways than one, we’ve seen a hint that Silicon Valley may be starting to lose its sheen. The tech hub is grappling with a number of issues, from the ongoing housing bubble, to debates over the homeless crisis which have led to a battle between tech leaders like Jack Dorsey and Marc Benioff. The homeless crisis has led a number of companies, including Spotify, to move their HQ from downtown San Francisco over fears for the safety of their employees.

As well, gender discrimination in the Valley was a major topic in press this year. One step came into effect in 2018, when California passed a new law requiring all publicly traded companies in the state to have at least one woman on their board by the end of 2019, and two by 2021. The impact of these changes will undoubtedly begin to unfold in 2019.

Some feel the VC space is still uncomfortably unbalanced, exposed in large part by the #metoo movement, and remain ‘cautiously optimistic’ about the potential for improved diversity among investors, citing only ‘modest’ progress.

While we’ve not reached Jetson-level flying vehicles just yet, there has been some undeniable progress in the space of autonomous vehicles and unmanned delivery. From Tesla’s introduction of Autopilot and the 1 billion autonomous mile mark it counted back in November, to Waymo, BMW, Mercedes-Benz, Toyota and a host of other automobile manufacturers who claim to be testing autonomous vehicles, there’s a good chance we’ll see a few enter the market in force in 2019.

Alphabet’s Waymo began accepting fares for its self-driving unit in Arizona last month, while a taxi firm and autonomous driving technology developer in Tokyo have teamed up to offer the service, and auto insurance companies are bracing for impact.

Small delivery bots like Starship and Nuro are raking in miles to deliver groceries in residential areas, partnering with retailers like Kroger as the grocery business continues to shift online. Meanwhile, things are looking up in emerging markets where startups like Zipline are helping to deliver medical supplies and blood in rural Rwanda and across the continent via autonomous drones.

We saw Apple briefly lose its footing as the most valuable company in the world, overtaken by Amazon following reports from vendors about a decline in projections for iPhone sales in 2019. Back in 2010, when Apple surpassed Microsoft to claim the coveted spot, The New York Times called it the end of an era. Experts predict this trend will be here to stay, and the first few days of 2019 are proving them right. Might we be seeing the emergence of the next golden era in tech?

Antitrust issues and the domination of oligopolies

Consolidation has been the name of the game, from a number of AI acquisitions to mergers of leading players across industries.  A record $2.5 trillion in mergers was announced in just the first half of 2018, citing the rising threat of tech and disruption as a leading impetus.

We left 2017 with Amazon’s Whole Foods acquisition, then came AT&T + Time Warner, Cisco + Accompany, SAP + Qualtrics, NASDAQ + Quandl, Oracle + Datafox, Adobe + Marketo, Microsoft + Github and more. Each of these indicate a shift in their industries and the acquiring company’s bet on the tech disruptions that will enable them to remain relevant in the future.

Many fear we’re seeing a decline in competition, a key component of successful capitalistic markets, and solidification of duopolies and oligopolies. Jonathan Tepper and Denise Hearn of research company Variant Perception outline the danger that further consolidation of industries might bring and why companies need to be looking out for tacit collusion in their recent book, The Myth of Capitalism.

Apple and Google are all significantly expanding their presence in the east coast hub, following Amazon’s fanfare over its HQ2 announcement, half of which will be in Long Island City. This further emphasizes focus outside of Silicon Valley and highlights NYC’s growing presence as a center for tech talent. But will the supply be able to meet the growing demand?

We also saw an influx of access to open source software and resources, as big tech starts to open its doors and enable others to learn from their advancements. Microsoft’s acquisition of Github is a solid indicator in the important role this will play in the future.

For a great summary of individual tech advancements set to impact us in 2019, see the Wall Street Journal’s roundup here.