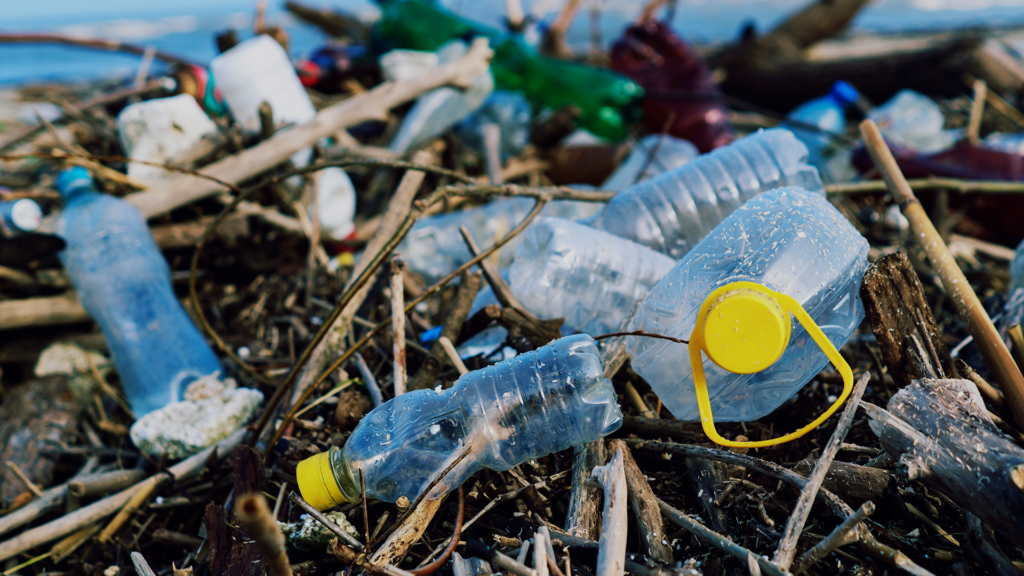 How did we get here?

First invented by an American named John Wesley Hyatt in 1870, the plastics industry started to take off as part of wartime manufacturing efforts during WWII, before turning to focus on consumer goods. It was hailed when discovered as a more durable and cheaper option which can be used to produce an enormous abundance of daily products, giving consumers better access to more goods.

While the industry grew, it wasn’t until very recently that we began to pay more attention to the devastating impact this material was having on the environment – from disposal of fabric to single-use bags to micro-beads.

It’s clear, however, why plastics manufacturers are fighting hard to retain the status quo, despite clear evidence of ineffective waste management around these products, and a recent uptick by environmentally conscious groups in supporting plastics bans. The market is valuable.

An estimate from Grand View Research, Inc in 2016 predicted the global plastics market was estimated to reach $654.38 billion in value by 2020. For single-use bags alone, which are the focus of some recent efforts toward banning the material, the US plastics industry makes $4 billion in profits from the retail sector.

But it’s now past the point at which the impact can be ignored. Today around 8 million tons of plastic is estimated to flow into the ocean every year. According to Tessa Hempson, operations manager for Oceans Without Borders, “One million seabirds and 100,000 marine mammals are killed annually from plastic in our oceans. Forty-four percent of all seabird species, 22 percent of whales and dolphins, all sea turtle species, and a growing list of fish species have been documented with plastic in or around their bodies.”

As the alarms continue to sound, private companies are beginning to take matters into their own hands.

First there was a ban on harmful microbeads in cosmetics products that we realized were flying straight into the ocean. Then the plastic straw ban took hold after biologists released a disturbing video featuring a sea turtle with a plastic straw caught in its eye, alerting the world to the depth of the current problem.

While it may not seem like much, the world disposes of millions of plastic straws everyday, and nearly all are too lightweight to be properly recycled, resulting in a significant amount of waste entering the environment. Major hotels are some of the largest culprits, and a number of cities and hotel chains globally are jumping onboard the ban – from the US to Belize and Taiwan, from the Four Seasons and Marriott International to Carnival Cruises and Wilderness Safaris. Restaurants like McDonald’s and Starbucks, as well as Alaskan and American Airlines have also committed.

Some argue, however, that single-product bans, like plastic straws and single-use bags, are perhaps misguided as this doesn’t solve the larger problem around proper waste management practices, and consumer behaviors that tend toward wastage.

“The focus on individual products takes our focus away from more necessary discussions on how we bring waste management to places that need it the most desperately,” says Steve Russel, the vice president of plastics for the American Chemistry Council (ACC), a trade organization that represents plastics manufacturers. “We think it would be better if straws weren’t automatically provided but available should a consumer need one.”

That’s not stopping straw and single-use bag bans from rolling out across the US, Europe, and East Africa. But other major corporations are also stepping up to play their part across the entirety of the production line.

FMCG producers like Danone are leading the charge toward the circular economy, having pledged to “make 100% of its packaging recyclable, reusable or compostable by 2025, and also attempt to aid the development of recycling infrastructure to increase recycling rates.”

Danone has also joined forces with Nestlé, PepsiCo and Origin Materials to form the NaturALL Bottle Alliance, which “aims to bring the first 75% bio-based bottle to commercial scale by 2021, and the first 100% bio-based bottles by 2025.”

Plastic waste is in no way strictly related to food and beverages, however. Sports brand Adidas announced in 2018 a commitment to use only recycled plastic in its products by 2024. This includes polyester, which currently makes up about 50% of materials used. The brand said it would “stop using virgin plastic in its offices, retail outlets, warehouses and distribution centers, a move that would save an estimated 40 tons of plastic per year, starting in 2018.”

A valuable new industry arises from the wreckage

While the plastics industry fights against plastic bans in a struggle to remain relevant, a new industry with promise for substantial value may be opening up for these same firms by way of plastics recycling.

In McKinsey’s ‘No Time to Waste’, the firm presents research which states its belief that “there are opportunities to build a new and profitable branch of the industry based on recycled plastics, which our research suggests could represent a profit pool of as much as $55 billion a year worldwide by 2030.”

According to the study, currently just 12% of plastic waste is being reprocessed into new plastic while the “‘leakage’ into oceans is primarily due to lapses in landfill management or a complete lack of waste-disposal systems,” indicating there is a significant amount of value currently being lost.

They propose an entire restructure of chemical companies who can be the ones that capture this potential value. “Under a scenario where much larger quantities of plastics waste are routed for reuse instead of going to landfill and incineration, we see a potential for chemical companies to transform two areas: polymers produced from mechanical recycling, and the whole field of pyrolysis and chemical recycling of used plastics.”

As both sides continue to amp up in press and social media wars over benefits and drawbacks of a ‘plastic ban’, new industries are emerging around the battlefield. From startups crowdfunding for products that offer alternatives to plastic materials, to the promise of finding value in the circular economy, the potential decline of a long-standing manufacturing industry may bring instead the emergence of an entirely new, and environmentally friendly, ecosystem.

For brands looking to target a younger, more socially conscious audience the benefit of jumping on this bandwagon may outweigh the cost.