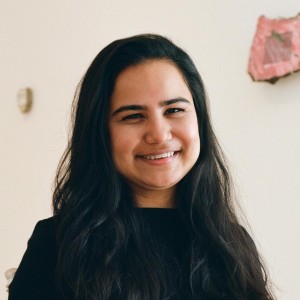 Ipshita Sen is a UK-based entrepreneur. Originally from Dubai, she is a regular contributor at OutsideInsight.com, highlighting innovative startups impacting the Future of OI.

As consumers across the world become more and more mobile-centric, data being accumulated by telecommunications companies becomes more informative and comprehensive, allowing for a deeper understanding of human behavior and more relevant targeted marketing. We spoke with TJ Lightwala, Head of FAST & Performance at Dubai-based communications firm Mindshare Mena, about the real impact data gathered by telco firms can offer for mobile advertisers and marketing teams.

Unlocking the potential of telco and mobile data

“The ability to collate user data with location signals and his/her interests is no longer a pipe dream,” Lightwala said. “Thus, intelligent unlocking of customer data, and network data monetisation, help in profile matching that is both safe and privacy compliant to the user, agency and telco partner.

There is thus huge potential for companies applying data science to their strategic decisions.

As a brand, it’s often difficult to pinpoint which marketing channel or campaign has been particularly instrumental in increasing footfall into a shop, for instance, or increasing sales of a product.

However, by looking at mobile subscriber data like verified location information, dwell times and footfall analysis, brands can better understand whether a certain customer has been exposed to a mobile advert and acted on that experience. Location data in particular enables advertisers to make some distinctions that often reflect on campaign success.

Data accessible via telcos and mobile providers can include:

2. Customer usage data: provides information on the amount of time a customer has spent using a particular application or feature. This can also be combined with engagement and download information from individual mobile apps. Unused data also offer insights into areas for improvement.

3. GPS-related data: includes ‘slow’ data, indicating areas where a consumer is walking, or areas they visit most frequently

Location intelligence data company Carto, in partnership with market research firm Hanover Research, conducted a study called “The State of Location Intelligence 2018”which carried out a survey of 200 marketing executives on how their companies used location data. Identifying new customer markets, improving marketing strategies and customer service were amongst the majority.

Location data acts as a digital breadcrumb of a user’s offline activity. If used effectively, it can be beneficial in terms of understanding customer behavior, relevant segmentation, and evidence of how well a campaign actually drove people to visit a desired location.

“Telco data provides user level, location data married with contextual or interest data. Hence, it is now highly possible to target a participant at say an event, at a certain location, at the time the event is taking place with the desired ad of Samsung Note 8, if he holds an iPhone 6, and then retarget the participant when he or she is engaged in other activities or at home,” Lightwala said.

The possibility of implementation is across markets. Lightwala revealed the success of an Iraqi campaign spearheaded by Mindshare with partners Out There Media and ZAIN.. The campaign was focused on Huawei’s Iraq Eid Raffle campaign which leveraged geotargeting marketing strategies in the region.

“The choice of partnering with Out There Media,” Lightwala said, “was critical to success.” Not only are they a leading mobile advertising and data monetization firm, they are also innovators.  Headquartered out of Austria, OTM has expanded globally and most recently announced its expansion into the Middle East through a partnership with ZAIN, leading mobile and data service operator with a commercial footprint in eight countries across the Middle East and Africa.

Huawei was looking to launch their new flagship model Huawei P10 and to create greater brand impact in the Middle East. They worked with Mindshare MENA, OTM and Zain to create a targeted and strategic marketing campaign.

This goal of the campaign was to peak brand impact/awareness during the Islamic celebration of Eid via a raffle for users who purchased Huawei mobile phones. Impact was measured via brand uplift and real reach coverage.

Via first party telco deterministic data, a targeted campaign was created that led users to a Huawei landing page that contained useful raffle information. Micro-targeting at a scaled approach was used for maximum effectiveness.

Telco data provided by Zain, with massive scale across the country, enabled Huawei to effectively target audience segments based on age, location, and preferred handset. While doing so, the company was able to engage with 18-45 year-old Arabic and Kurdish residents of Baghdad and Erbil who were using specific handset brands, and invited them to view the raffles live streaming through the Huawei social media pages.

KPIs for impact measurement in the campaign were around brand uplift and real reach coverage. 60,000 Arabic and Kurdish speakers were targeted. With the use of optimisation techniques, the campaign saw a peak CTR of 3.5% for the Arabic campaign and 2.07% for the Kurdish campaign – 14 times higher than industry benchmarks – and an astounding 14.2% conversion rate.

Huawei received a brand uplift of 20% in the category versus the previous quarter, solidifying Huawei’s place as the leading mobile provider in Iraq. The “micro-targeting at scale” approach enabled the company to create an exciting and engaging campaign with high ROI.

Lightwala on the future of telco data

“Data is still hot in the telco space. Virtually every vendor and platform will narrate a story about how data will be used to strongly monetize advertising dollars and reach the right user in a quest for higher share of value or acquisition. This trend is not only a byproduct of changing times as well as integration of data, technology and the right content, but also that traditional revenue streams from voice and messaging are seeing a downward trend in lieu of subscription content, IoT and overall integration of smart tech.”

According to Mckinsey, an additional billion middle-tier customers for telcos, predominantly in emerging markets, is expected by 2025, essentially opening the doors for OTT entrants like Apple’s FT, Google Hangout, Skype, Tencent’s WeChat and Whatsapp at much lower costs, with innovative, easy to use messaging and communications services. “Due to such pressures from OTT and other tech companies like IBM, Huawei, Apple, Samsung with co-op partnerships, it is becoming increasingly important to turn the telco business model over its head.”

Thus, telcos will need to make investments in network technology, diversification of services around data, and content potentially to stay relevant and ahead of the curve. “AT&T is doing this extremely well, where its new unit, AT&T Advertising & Analytics, is all set to acquire the ad tech platform Appnexus, thereby giving AT&T access to diverse ways to connect analytics and tech to premium TV and video content for relevant consumer experiences.”

Mobile providers can be a source for some of the deepest consumer insights, if their data is gathered correctly and made accessible for the brands looking to better understand consumer behavior. Those marketers looking out can discover deep customer insights within this data that result in better ROI and more effective targeted marketing.