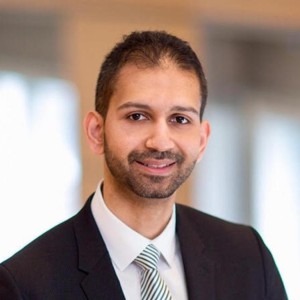 For 10 years Shakil has been analysing the energy markets, most recently leading the Oil Research teams globally at Thomson Reuters. Shakil previously held positions at Centrica and Barclays Capital.

Following the 175th annual OPEC meeting, oil-producing countries have agreed to reduce crude production levels in the first half of 2019 in an effort to bring up prices, with several key exceptions. However, they will not publish individual output quotas. Without a definitive reduction in crude exports, will the agreement have the desired impact? Looking out at the market response to the announcement indicates trader scepticism.

After a fractious two-day meeting in Vienna, OPEC and a committee of other major oil producers agreed to cut crude output by 1.2 million bpd (barrels per day). The 175th bi-annual meeting held by OPEC concluded on 7 December with several key announcements including the exodus of Qatar from the group. A key event in the oil market calendar, the announcement caused front month ICE Brent futures to rise 2.7% on the day by the end of trading.

Delving into the details of the press release, we can see that OPEC producers will reduce crude oil output by 2.5% from October (2018) levels, from January 2019 for a minimum period of six months. Non-OPEC countries participating in the ‘Declaration of Cooperation’, which include Russia, Kazakhstan and other major producers, have effectively agreed to limit production by a combined 400,000 bpd, or 2%, against the same baseline levels.

To complicate matters, the group will not be publishing individual output quotas. In addition, OPEC producers Iran, Libya and Venezuela have been granted exemptions. This leaves a lot of guesswork regarding how much output will be cut by individual countries, but it is expected that Saudi Arabia will shoulder most of the responsibility to ensure compliance.

Saudi Oil Minister Khalid Al Falih has indicated as such, stating the Kingdom will reduce output to 10.2 million bpd by January 2019 – a 439,000 bpd reduction against October supply figures from OPEC itself, via secondary sources.

But is this the whole story? A relatively muted market response to the announcement suggests otherwise.

In spite of OPEC’s decision to withdraw supply from the market (albeit one that was largely expected by market participants), front month Brent futures tumbled below $60 on 13 December, just shy of the 2018 low seen during late November.

The forward curve structure has also continued to flatten with nearby spreads again narrowing. Since prices peaked at a year high of over $86 in early October, the forward curve has shifted from a ‘backwardated’ shape (far dated contract prices are lower than prompt contract prices) to that exhibiting a very flat structure. This suggests the market is approaching an inflexion point, with a range of variables influencing expectations around future supply and demand.

Given the cyclical nature of the oil industry – with high oil prices stimulating greater investment in supply projects while also resulting in demand destruction and low prices having the opposite impact – a flat forward curve is a phenomenon which is most certainly temporary in its duration and highlights the uncertainty surrounding OPEC physical oil supply (exports), US Shale oil production and the strength of oil demand, to name a few factors.

Although the crude market’s recent price reaction can be attributed to a number of other fundamental factors, there are a variety of key issues related to OPEC which could provide a reasonable explanation for trader scepticism.

Out of the three, Libya is the most likely to increase output and crucially exports (albeit modestly) in the short-term in spite of continued unrest and political uncertainty. Despite sanction waivers being granted to a number of major consumers of Iranian crude, production and as a result exports from the Islamic Republic are likely to remain under some pressure. But if there is an increase in output from these three OPEC heavyweights, other producers within OPEC will have to curtail supply further to ensure overall compliance.

When considering OPEC’s motivation to reduce output was borne out of a desire to stabilise and positively stimulate prices back above $70, its effectiveness can only be judged by assessing the impact on physical oil supply – namely exports.

According to Thomson Reuters Oil Research, seaborne crude oil exports from OPEC dropped to 24.07 million bpd in November, the lowest level seen this year. A sharp drop in exports from Iran to 720,000 bpd exaggerated the decline in total exports from the group, which saw increases from Saudi Arabia, UAE and even Venezuela. Sanction waivers granted to large importers in Asia however are likely to see Iranian exports recover over the next few months, to back above the 1 million bpd mark.

With the Winter having arrived in the northern hemisphere, strong seasonal demand is expected for OPEC crude – which are traditionally rich in middle distillate fuels used for heating and industrial operations.

So, the key question is whether a production cut will translate into a physical supply reduction in terms of exports, at a time of high seasonal demand from OPEC’s traditional customer base in Asia and the Americas.

According to Thomson Reuters Oil Research, Saudi crude oil production is estimated to be closer to 10.5 million bpd in November rather than the 11.1 million bpd indicated by OPEC themselves. The large increase in output month on month according to official figures appears rather timely and was not supported by a comparable increase in exports during the month. As a result, any meaningful reduction in output against November levels is unlikely to translate directly into a sizable export reduction.

If Saudi Arabia and other GCC members are unable or unwilling to reduce exports considerably, the effect of a reduction in production is unlikely to have the desired result, without even considering non-OPEC producer compliance and the numerous other issues affecting oil markets at present.

Dive deep into Outside Insight in practice, with videos featuring leading AI experts.